Almost every time I have the good fortune to lead a group of travelers to Central or South America, I get a version of the same question: “Why do people live in houses that appear only half completed or in a constant state of being built?”

This summer, as I traveled through Ecuador with a delegation of language teachers from the Illinois Council of Foreign Language Teachers (ICTFL), again I was asked this question. At the time, I rattled off a quick response referencing the volatile currency valuation which makes getting loans difficult and leads to the reluctance of people to save money in banks. I explained that to residents of Central or South America, it is safer to spend money on their homes because at least it can’t be lost due to a sudden downturn in the market. While this is certainly part of the correct answer, I like even better the answer that a Tour Director gave when one of her students asked the same question on tour in Peru. The Tour Director knowingly and patiently explained that each unfinished home stood as a promise that family matters most and that each family hopes to host everybody in their home in the future. Thus, the homes are perpetually under construction as families continue adding rooms. That’s a beautiful response, and if you know anything about Spanish culture, that answer is probably truer than mine. Still, what question gets you to a more nuanced and culturally sincere (maybe even truthful) answer?

Curiosity is fundamentally what makes us human. Over 120,000 years ago in South Africa, some of the first humans began to draw linear structures onto ochre (an earthy pigment containing ferric oxide, typically with clay, varying from light yellow to brown or red), thereby creating the oldest known art. This indicates an enhanced awareness of self and a curiosity about themselves and the world beyond.  Years ago, when it was permitted, I used to take my student groups to the Altamira Caves in Cantabria, Spain, which are only about 18,000 years old. Along the walls, there are extensive drawings of bison, odd circles or dots, outlines of hands, and hunting scenes – all indicating that these humans were fully engaged with the world in which they lived and were trying hard to understand themselves in that world.

Here at EF, we like to say that our travelers are on a journey to first discover themselves, then to discover the world, and finally to discover themselves in the world – ultimately making a place for themselves as informed global citizens. I think my students instinctively understood that they, just like the cave dwellers of Altamira 18,000 years ago, were trotting along the same route toward self-discovery in the world. They understood that their forward motion was powered by their own curiosity — a shared human trait connecting them to the experience of those humans thousands of years ago.

In part, our goal as teachers is to help our students reconnect with what makes them most human — asking beautiful questions and then looking for the answers. We want to support our travelers in discovering the questions most interesting to them and then give them a place to pursue those same questions.

weShare is our platform for encouraging numerous, diverse beautiful questions, powered by your student’s curiosity. Here are a few examples of beautiful student questions and what it looks like when that student then follows their curiosity to find answers:

Will the Beauty and Natural Resources of the Dominican Republic Survive Human Progress?

How does the Viennese Waltz stay relevant in such a modern and changing society?

Ancient Greece is the cradle of Western Civilization, so judging by the current state of Modern Greece, what does this mean for the rest of humanity? 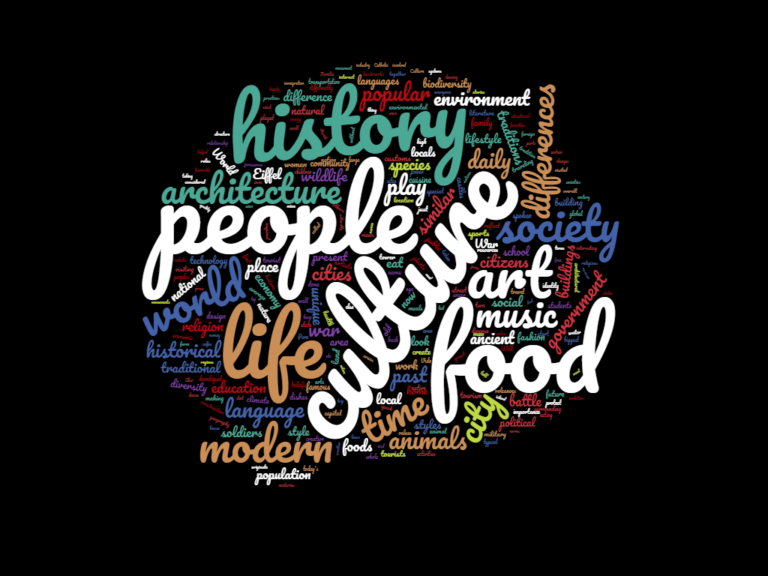 We asked students what they were curious about. Here’s what they came back with!

George is currently Head of School at EF Academy. As an educator, learner, and entrepreneur, he endeavors to bridge the gap between schools and businesses to best serve the needs of students and teachers in the modern classroom.
More from this author