The Best of Lisbon, Portugal Just recently I was chatting with a friend of mine who was heading to Lisbon for a short vacation. Portugal is such a terrific country to tour in and often overlooked. The capital city has so much going on so I thought I would share a few of the things you might want to do if you ever find yourself there.

Parque das Nações –This former industrial area was transformed into one of the most modern areas of the city and the center of Expo ’98 when Portugal hosted its first ever World’s Fair. One of the main sites is the Oceanario, Europe’s largest aquarium which is built on a platform over the water. The main tank is an incredible 5000m3 with viewing galleries on all four sides over two levels. The four habitats on each corner are the North Atlantic rocky coast, the Antarctic, Temperate Pacific and Tropical Indian. Over 8000 species from sun fish (weighing over 2000 pounds) and spider crabs to otters. Elsewhere in the Expo area you will find the Vasco da Gama Shopping Centre and a Cable car with amazing views of the Tejo River.

Berardo Museum of Modern & Contemporary Art – Opened in 2007, the Berardo Museum has one of the world’s most acclaimed modern art collections, with works by Warhol, Picasso, Dali, Duchamp, Magritte, Miró, Bacon, Jackson Pollock and Jeff Koons. It was amassed by Portuguese magnate Joe Berardo, who for many years had wanted to create a museum for his vast collection. Cities like Paris and Miami were interested in buying it, but the Portuguese government made sure it was kept in Lisbon and agreed to provide space inside the Belem Cultural Center.

Chapitô. – This is the place to enjoy views of Lisbon in the afternoon sun while having a drink or a snack around the Castle area. There is also a school for circus entertainers where you will often see live events and art performances. Alternatively, head for the São Pedro de Alcântara Viewpointwith access by the Elevador da Gloria (at Restauradores). The Sao Pedro viewpoint was recently renewed, allowing one of the best views in town. There’s a small café at the terrace.

Shopping – For high fashion head to Avenida da Liberdade, home to well-known international names like Emporium Armani, Louis Vuitton, Hugo Boss etc, while Portuguese designers are based in Bairro Alto and Chiado. In the Chiado quarter you will also find popular modern retailers like Zara or H&M and some quaint traditional old shops and bookstores. Bairro Alto is also popular with the alternative fashion set, with club and street wear shops. Most of those only open in mid-afternoon and continue well into the night. A Vida Portuguesais a must for those interested in old-world Portuguese products. A truly amazing place for gifts and retro Portuguese design. The original “A Brasileira” coffee grains or even the Green Tea produced in the Azores islands (a rare tea plantation in Europe)! Take Tram 28 to the stop “Calçada do Combro” or a 10 minute walk from Largo Chiado via Rua do Loreto. 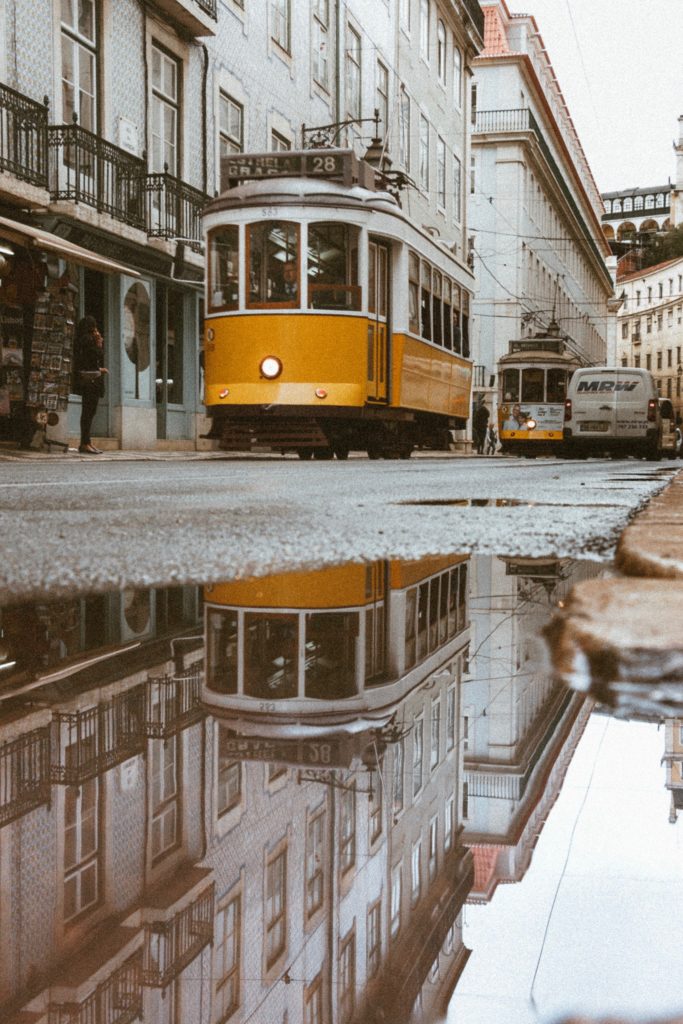 Tram 28 – wonderfully mixing the old world charm found in so much of Lisbon with the main tourist sites is this tram ride. It will take you up and down most of the seven hills of the city as it passes through many of the main districts of Lisbon: Graca quarter, Alfama, Baixa and Bairro Alto, Chiado and Estrela. While the trams have old fashioned wood interiors the ticket machines are very modern, so make sure you remember to validate your ticket (just behind the driver’s seat) once on board.

What are your top highlights of Portugal?

(Editor’s note: Add Paul on Google+ If you have a question about for EF Tour Director Paul Mattesini, or an idea for a blog post topic, you can email Paul here, and he will answer readers’ questions in future blog posts.)
Topics: Moments on tour, Portugal

Exploring the Dominican Republic at an incline: A photo essay